Pay for Success is playing a role in several pieces of major legislation working their way through Congress.

Earlier this month, the House Ways and Means Human Resources Subcommittee Chairman Boustany (R-LA) released a discussion draft of welfare reauthorization legislation. This includes language on the Social Impact Partnership project (Section 10, subsection iii), initially sponsored by Rep. Young (R-IN) and Rep. Delaney (D-MD). The project would allow the federal government to support state and municipal Pay for Success arrangements that also provide value or savings to the Federal Government. Outcomes supported by the legislation would include a range of early childhood benefits from health to child welfare to education. 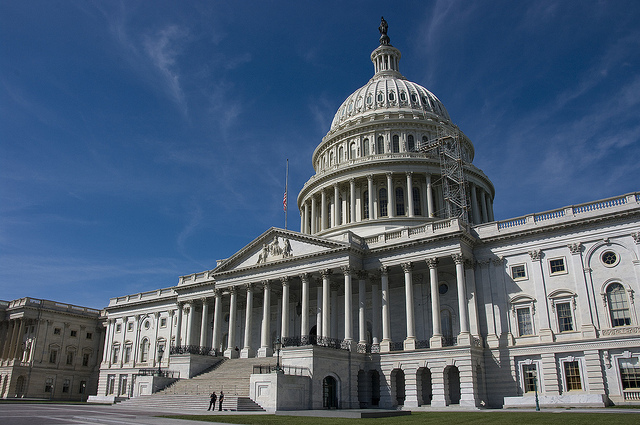 Last week, the Senate passed the Every Child Achieves Act (ECAA), an update to the Elementary and Second Education Act that will replace No Child Left Behind. Among amendments to the bill, the Senate passed an amendment to allow for Pay for Success funding. If enacted, ECAA will create a funding stream for Pay for Success transactions focused on education. Senator Orrin Hatch (R-Utah) introduced the amendment, promoting Pay for Success because “funding should be more connected to local innovation and successful outcomes. I’m pleased the Senate has voted to approve my amendment, which builds on tremendous success leaders have already seen in my home state of Utah.”

The Senate version would allow for Pay for Success initiatives to use funds through Title I, Part D (Prevention and Intervention Programs for Children and Youth Who are Neglected, Delinquent, or At-Risk) and Title IV, which funds programs addressing student health and safety. The House had previously passed an ESEA reauthorization bill, the Student Success Act, which would allow funding through Title II and in the Teacher and School Leader Flexible Grant for “supporting states and school districts in improving student outcomes and saving resources by training and supporting educators.” The next step is for the chambers to convene to iron out differences between the bills and develop a bipartisan bill that can pass both houses and make its way to the President’s desk.

This isn’t the first time Congress has signaled it is ready for Pay for Success. The 2014 reauthorization of the Workforce Innovation and Opportunity Act (WIOA) authorized states as well as local workforce investment boards to use existing funds for PFS projects. Appropriations bills in FY13, 14, and 15 authorized the U.S. Department of Labor as well as the Department of Justice to support PFS projects, and ICS’s own Pay for Success work in early childhood is supported through a grant from the Corporation for National and Community Service.

Across coast to coast, an eye on trauma-informed early childhood education

I got some very useful ideas from the Colorado conference participants, including practitioners in other states who are treating these issues as health issues.

As I leave South Carolina (and return to the UK) following a very productive three-month stay in which I presented in Columbia, Charleston, and Spartanburg to early childhood educators, students and other professionals and agencies involved in Early Childhood, I want to analyze the outcomes of these various sessions and try to find common denominators and highlight issues and challenges which have a recurring theme.