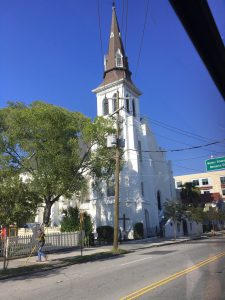 Together, the more than 30 participants faced each other for three days and weighed issues in their lives and work to improve the lives of young children.

The seminar was part of ICS’s Leadership for Young Children initiative that convenes seminars across the country. The seminar also was supported by the Children’s Trust of South Carolina; several members of its leadership team participated.

A remarkable group of people participated and learned from each other as the nation grew tense over issues of race and class: Founders of a racial dialogue program in Spartanburg, S.C. A young man from California sent by Teach for America to rural North Carolina, where he’s returning to found an early childhood program. A charter school educator who trains new teachers in Washington, D.C. And members of the ICS staff and board who came from Greenville, S.C., from Denver, and New York City.

The discussions happened only days after protestors hit the streets of Charlotte and Tulsa, and as presidential candidates’ speeches turned ugly. Seminar participants took bus tours of historic Charleston, growing quiet as they stopped outside Emanuel AME Church, the historic church where a young white gunman killed the minister and eight parishioners in 2015.

The group explicated reading materials such as: the Rev. Martin Luther King Jr.’s Letter from a Birmingham Jail, a data report on achievement gaps published by the Annie E. Casey Foundation, a New York Times Magazine article about a journalist’s quest to choose a school for her daughter, a report on the resegregation of America’s public schools, and an article about South Carolina’s central role in the Brown v. Board of Education cases.

After reading MLK’s famous letter, seminar participants discussed how relevant King’s messages seem for present times. King advocated “tension” as an important development in society that can lead to change.

In a discussion about how public schools have re-segregated starting in the 1990s, participants sorted through what the situation means for their own families and their neighbors. 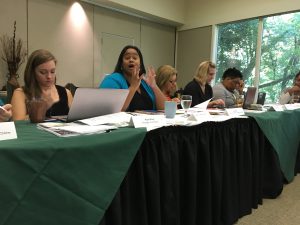 ou could take this to Columbia, you could take this to Greenville, you could definitely take this to Charleston,” said Danielle Holley-Walker, the moderator of the seminar and dean of the Howard University School of Law, referring to the article on the journalist choosing a school for her child in New York. The writer was faced with choosing between the struggling neighborhood school with many students from low-income families, or less diverse schools with better reputations in some quarters—or private schools, charter schools, or magnet schools. What’s a parent to do?

“How do we talk about these issues in our communities?” Holley-Walker asked the ICS seminar participants. She previously served as associate dean and professor at the University of South Carolina School of Law in Columbia. “What do we believe in?”

“Even white liberals don’t want to give up their power and resources,” one participant observed.

“There are lots of people who want to do it, but they don’t know where to go,” said another attendee. 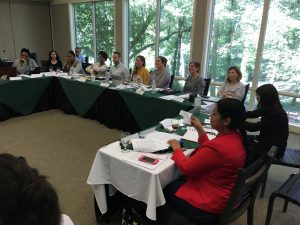 One participant said that while charter schools have found strong examples of schools with high rates of minority students and from low-income families performing well, teachers also easily burn out and large-scale solutions still seem fleeting.

As the seminar progressed, participants began to plan for how they’ll use their newfound insights in their own work back home. Their ideas were plentiful: A South Carolina man now plans to run for his local school board. Someone will take greater understanding into her work in kinship care and another person will use equity standards as a lens for all child advocacy work. Others will be more outspoken or try to better integrate their civic organizations. A woman wants to lead racial healing dialogues at her church.

“I think people are very desperate to heal and come together,” one woman said.

ICS will publish a more detailed report on the seminar before year’s end, a roadmap of sorts.

Handcuffed and Pepper Sprayed: A 9-year-old’s Encounter with Police Cries Out for Appropriate Mental Health Response
The fact that accessible and adequate mental and emotional support are not easily available for all children and families is a systemic failure. The realization that in a moment of severe crisis the guardians’ only option was to call the police is a systemic failure. And, if we can be brutally honest – we do not believe that the officers in question started their day with the intent of using pepper spray on a child.
Child Care Staffing a Major Challenge in South Carolina, as Providers Do More with Less
"Staff childcare workers want some type of Health Benefits to be issued and affordable for ALL childcare workers also like State health plan, Teachers Benefits. Childcare workers are needed just as much and often as other workers. People can't go to work without childcare needs. So, WE must open and be here daily no matter what pandemic is going on. WE ARE FRONT LINE WORKERS ALSO!!”