Long before buildings were ever built, nature was our first classroom. Visiting a forest school nursery like Barnkids during a recent trip to the UK was eye-opening for me. All my life, I have attended and worked in schools that have four walls, maybe a few windows, and a small, chain-link fenced play area. Never during my formal education was I able to play around trees and creeks. Though there are certainly unique challenges in any location, there is great opportunity to implement a forest school-like program in more places in the US – and Clemson, South Carolina and surrounding areas are prime candidates.

After observing students in action, I noticed how resourceful everyone was. The children did not rely on plastic toys to bring them entertainment. They used natural materials such as stumps, sticks, leaves, dirt, etc. to design their own learning space for that day. Without the confines of walls and ceilings, students’ minds and bodies were able to explore their surroundings. They could play, dream, and create whatever they wanted. Instead of fearing the dirt or animals that live in nature, students willingly interacted with the environment. I saw students demonstrate team-building and problem-solving skills as they worked together outside. They communicated with each other as was necessary. While there was no formal instruction that I observed, students were demonstrating their knowledge and continuing to learn the entire time.

Instead of using preschool as a place to put unnecessary pressure on students to learn letters and numbers before elementary school, it can be a place of explorational learning. Students learn skills and strengthen others through their daily interactions with the people and objects around them. At Barnkids, students took responsibility for their actions. They were not watched like hawks or treated like china teacups that could break at any moment. Every child was treated with respect and, in return, they treated their environment and space with respect. They did their own risk-assessment and determined what they could and could not do safely without having to be told explicit rules.

Though having children immersed in nature seems like a dream come true for teachers who desire to bring more of the outside world into their classroom, the implementation of forest schools might face challenges in the United States. For one, resources and funding are one of the first issues that many teachers and school boards discuss. However, after spending time at Barnkids, I noticed that the primary resources that were required were time and space. By working with local community members, I think these needs could be met. Teachers would need special training to be able to handle unique first-aid situations that might arise outdoors, but again, that is primarily a need for time.

During my visit to Barnkids nursery, I was blown away by the beauty of the area. The land that was allocated to the school was given to them by a local farmer. In the United States, in order to implement a forest school, communities and local landowners would have to be involved. In particular, places such as Clemson has the land, but it might not be open to the public. The Experimental Forest – a “natural resource laboratory” 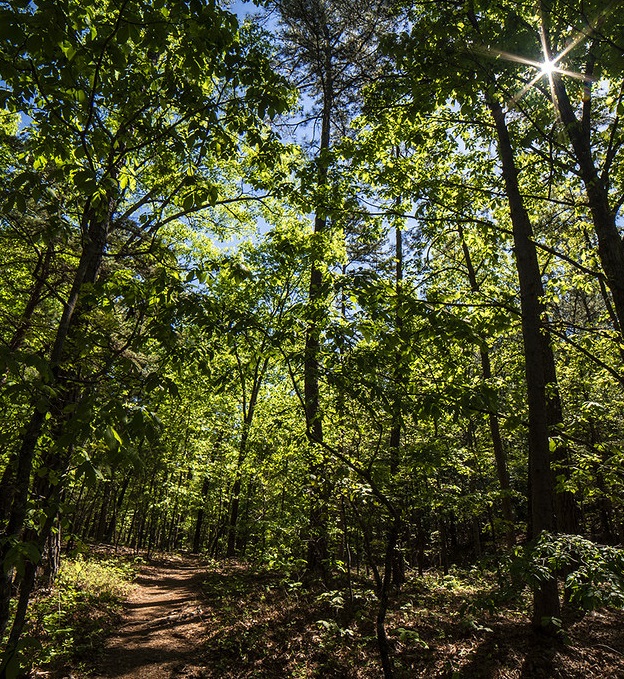 around Clemson – is the first place that comes to mind. By working with the school and local authorities, schools could designate an area that is used specifically for forest school education. Although one premise of the forest school approach is that the children decide the boundaries to an extent, this idea might need to be modified. To do so, the plot of land that is allocated would not be readily available to the students all at once. Over the course of the school year, students expand the boundaries of their school within the land that they are given.

As for the issue of heat and bugs in South Carolina, there is little that can be done to physically change the climate. Instead, teachers and students can be proactive in their clothing and resources; teachers would need to instruct students and parents on how to dress for the elements. However, they should not scare the students. Rather, teachers can teach students to respect animals and their abilities. To protect themselves, students should be taught to leave certain creatures alone and treat them with respect. An adequate water supply would be necessary to bring to the forest school site.

Overall, I am enthralled with the notion of bringing forest schools to the United States. Especially with today’s necessity to think critically about how we treat and sustain the Earth, it is more important than ever to educate our students and foster a respect for the natural world. By giving children the experience of exploring nature, forest schools teach valuable lessons such as critical thinking, problem-solving, and respect of people and things, and provide a foundation of knowledge for our students to become well-rounded citizens.

Child Care Staffing a Major Challenge in South Carolina as Providers Do More with Less
"Staff childcare workers want some type of Health Benefits to be issued and affordable for ALL childcare workers also like State health plan, Teachers Benefits. Childcare workers are needed just as much and often as other workers. People can't go to work without childcare needs. So, WE must open and be here daily no matter what pandemic is going on. WE ARE FRONT LINE WORKERS ALSO!!”
COVID-19 Impacts Different Child Care Settings Differently and More Assistance is Needed